London Ontario played host to Canadian Country Music Week and it was an exciting jammed packed eventful week of all things country. The Budweiser Gardens staged the star studded CCMA Award Show on Sunday night to cap off the incredible week of country music. This was the first time in the award show history that the CCMA awards show was hosted in London, ON. The city did a fantastic job and the Bud Gardens was a perfect venue. The CCMA Award show was a star studded event attended by our very talented Canadian country artists and CCMA award nominees. The night saw two big winners Brett Kissel and Dean Brody who both took home two awards each. The night was filled with some remarkable moments and incredible performances.

Tim Hicks kicked off the show with the new hit Stomping Ground, from his just released album, Shake These Walls. Tim had special guest Colin James join him and the boys on the CCMA stage. They sounded great rocking the Bud Gardens and got the party off to a great start!

The 2016 CMA Awards show was hosted by CBC TV personality Jessi Cruickshank. This was Jessi’s second year in a row hosting the award show. Jessi began by saying she was excited to be back and was looking forward to “objectifying Sam Hunt” who was set to perform later in the show. Jessi also gave a shout out to Gord Bamford who was also scheduled to perform saying, “Thank you Gord Bamford nothing unites our country like drinking at 10 am!” Referring to his hit Breakfast Beers. Then putting a kiss cam up Jessi got a great big smooch from Chad Brownlee. Stating “What happens in London, stays in London.” 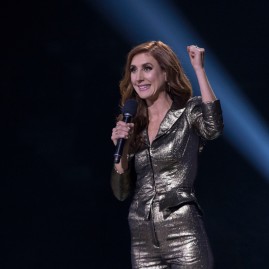 The Washboard Union presented the next award for Male Artist of the year. For the first time in his career this award went to the very talented Brett Kissel. Proudly accepting the award Brett said, “London this is amazing! I’m very honoured beyond words I’ve been watching the CCMA’s since I was 10 and I have dreamt about this moment, being up on this stage and holding this award.” 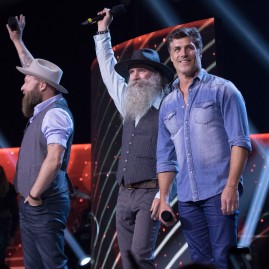 It was time for another performer and international guest Kelsea Ballerini gave a beautiful performance. She performed her hit that topped the charts at number 1 this past week, Peter Pan.

The next set of presenters Alisha Newton and Bobby Willis presented female artist of the year and the award went to Jess Moskaluke. Jess took the opportunity to acknowledge the very talented women in Canadian country music and the women who have blazed the trail graciously thanking them. 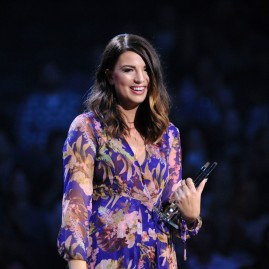 Jason Blaine and the beautiful Meghan Patrick, who co-wrote the next performers song, Breakfast Beer introduced their “Drinking Buddy” Gord Bamford. They put on a fun upbeat performance setting the mood with a tiki bar and crowd gathered around drinking beers.

CMT’s Paul McGuire took the stage next with The Road Hammers to present the award for CMT video of the year. Presented by Coors Banquet this award went to Dean Brody making him a two time winner of the night. Dean was also presented with two awards at the artist gala dinner the night before making him an even bigger winner walking away with a total of 4 CCMA awards! 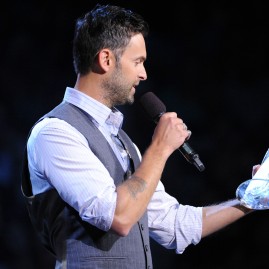 Soon to be co-hosts with Jessi of a new show about to air on CBC The Goods, Steven Sabados, Andrea Bain and Shahir Massoud presented the rising star award. The award went to the very talented and fun group The Washboard Union. 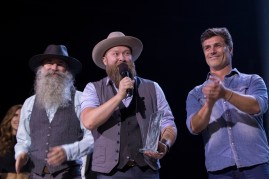 The next two individuals on the stage received a standing ovation, they were Olympians Melissa Bishop and London’s own Damian Warner introducing the next performer Chad Brownlee. Chad gave a killer performance of his hit I Hate You for It from his Album Hearts On Fire. There was all kinds of love for Chad on Sunday night. 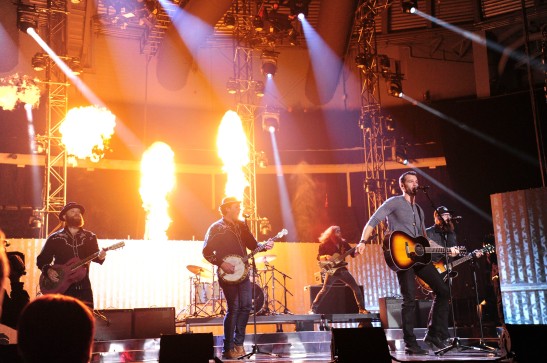 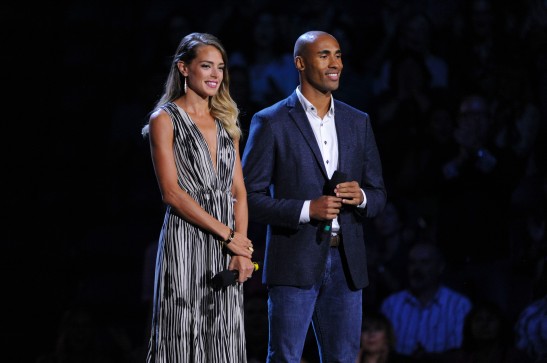 Bryan Baeumler and Billy Bretherton introduced the brothers of High Valley. The duo gave a great high energy performance of their just released single, Every Week’s Got A Friday. The boys sounded amazing on the CCMA stage. 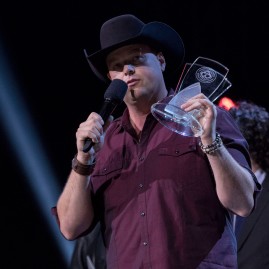 Dean Brody perched on a stool to glowing cell phones lighting up the arena gave a beautiful performance of his single Time. At that moment I felt time had stood still, everyone was captivated by Dean’s voice with the ever so powerful and truthful lyrics. 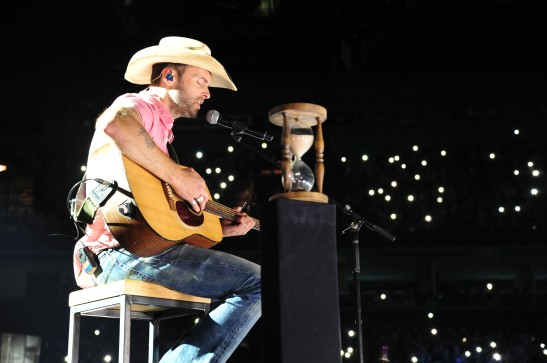 Cold Creek County gave a high energy performance of their hit This Is Our Town.

Followed by an absolutely stunning performance from Madeline Merlo of her beautiful single War Paint.

Michelle Wright and Kristian Bush presented the award for Duo of the year and this went to High Valley.

Gorge Cannon introduced a very special performance given by Carolyn Dawn Johnson and Brett Kissel I Didn’t Fall In Love With Your Hair. This was dedicated to Brett’s mom who is a cancer survivor, she joined him along with a few others on stage. It was a moment that will never be forgotten and moved everyone in attendance.

Next, Terri Clark gave a fun performance of a montage of her greatest hits having everyone in the crowd singing along. 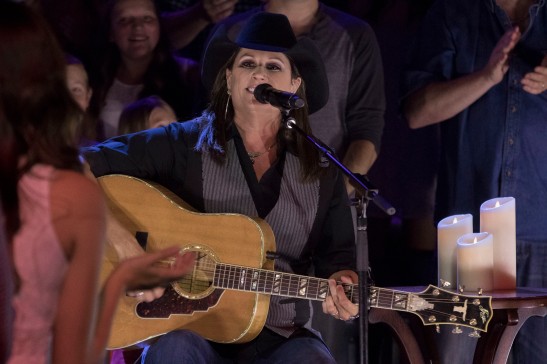 Kelsea Ballerini was joined on stage with the winner of the ultimate fan to present the Fans’ Choice award. The fans spoke and awarded a very humble Brett Kissel with this highly prised award. 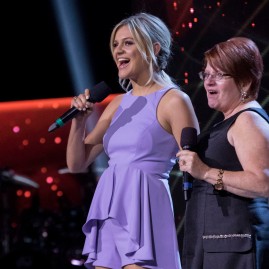 The evening wrapped up with a couple more incredible performances. The other international star of the night took the stage next. It was time for London to have a House Party with Sam Hunt. 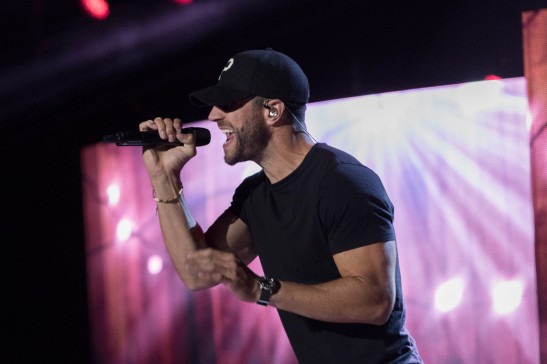 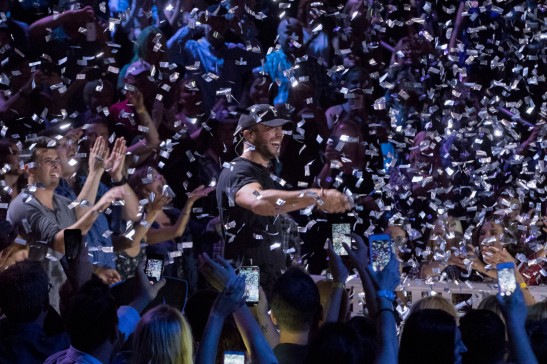 The final performance of the night was given by Johnny Reid, Feel Like Going Home. He was joined on stage by Lindi Ortega, Lindsay Ell and JJ Shiplett. Receiving a standing ovation for an incredible performance that once again moved the audience, it was a perfect finish to such an amazing night.

Congratulations to all the CCMA award winners of the 2016 CCMA Awards.

This entry was posted on September 13, 2016 by countrymills in Country.