Canada Day 2016 was one for the books!!! Still on such a high from the very first Trackside Festival in London Ont. They had a great Canadian lineup to help us celebrate Canada Day and celebrate we did! With it being the inaugural Trackside no one really knew what to expect, but my expectations were definitely exceeded. I was very impressed overall from the venue, to the lineup and how the whole festival was run. It was a very successful first Trackside looking forward to another one in 2017! Thank you to all the countless staff and volunteers, cheers to you guys you put on one heck of a festival we loved KickinItTrackside!!!

Local artist Eric Ethridge kicked of the party and this guy knows how to rock! We got a little Crazy Tonight with him for sure! Eric nailed both Carrie Underwood’s Smoke Break & Eric Church’s Home Boy! He shared a new song he wrote to his parents Rich In Many ways and it was a beautiful tribute to them! Eric and his band looked like they had a blast on stage celebrating Canada Day with us! Can’t wait till the next time to get a little crazy again with you! 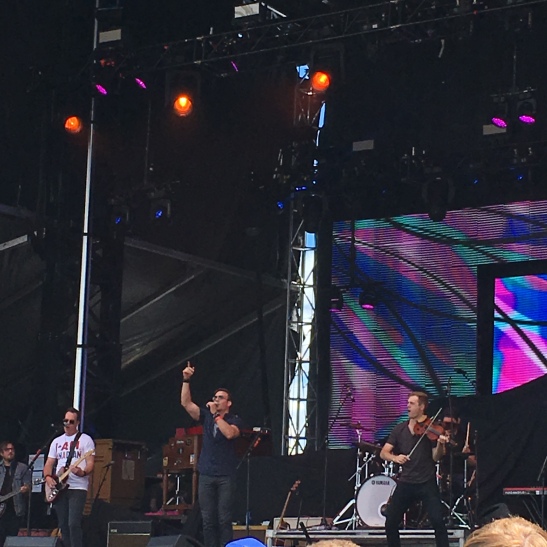 Jason Benoit representing the east coast took the stage next and the crowd had a Crazy Kinda of Love going on for Jason! He then belted out a Cold Day Coming and everyone was singing along, it was amazing! Jason then shared a new one with us called The Moonshine and is set to release later this month. Be sure to check it out! He then went into an epic montage of Garth Brooks Friends In Low Places, Footloose, Nitty Gritty Dirt Band Fishin’ In The Dark, Luke Bryan Huntin’ Fishin’ Lovin’ Everday and Aldean Gonna Know We Were Here. He followed that up with another new song Rock and a Heartache and his latest hit Gone Long Gone. Finishing his set up to yet another new one Go To Let Go, this is a fun one and man did we ever party like we meant it! Very exciting all this new music set to be released by Jason, looking forward to it!

From the east coast to the prairies another talented Canadian artist, Jess Mouskaluke took the stage. Jess has such an incredibly beautiful voice that carried throughout Trackside! Playing hit after hit Jess belted out her songs like, Cheap Wine and Cigarettes, Kiss me Quiet and Take Me Home. She also rocked Maren Morris’s My Church and Elle King’s Ex’s and Oh’s. Like every other Canadian artist to take the stage Jess was so happy to be playing Trackside on Canada Day! It truly was such an awesome way to spend Canada Day with all these great Canadian artists!

From one province over, hailing from Alberta a very proud Brett Kissel took the stage! With arms wide open showing us his love he said “Tracksidefest I’ve been looking forward to this show all year long, London how you doin!?!?” This was Something You Just Don’t Forget! It was such a proud Canadian moment to see Kissel up there playing Canadian Kid and waving his guitar proud with a Canadian flag, how patriotic!?!? Simply amazing!!! Brett we were very Cool With That!!! He then brought a young lad out onstage with him by the name of Aiden and gave him his guitar! I got to meet Aiden right after and he was just beaming from ear to ear! Brett does incredible charity work and does some pretty special things for his younger fans! He is truly such a great guy! After playing his hit Airwaves, he played an awesome mix of Thank God I’m a Country Boy and Honey I’m home. We then all raised our glasses with Brett to Raise Your Glass mixed with Pour Some Sugar On Me, it was incredible! Brett I raise my glass and tip my hat to you!!! It was amazing to have you playing for us on Canada Day! It also happened to be his and his wife Cecilia’s anniversary and I happen to notice she was watching on with baby Mila in her arms, it was so beautiful!

We were all Fired Up with Randy Houser next, although not Canadian he was happy to be here celebrating Canada Day with us! Man he killed his set! This is definitely How Country Feels!!! Randy has such a powerful country voice and I loved every moment that he was up on that stage from start to finish! Randy played many old favourites like Boots On and Goodnight Kiss but he rocked a lot of his new hits off of his new album. I love his new one Little bit Older and it was an awesome salute to the big olde Budweiser rig setup over looking the stage! My favourite part of his set was him belting out Like A Cowboy as the sun was setting it was picture perfect!!! Randy definitely had us Chasing Down A Good Time!!! 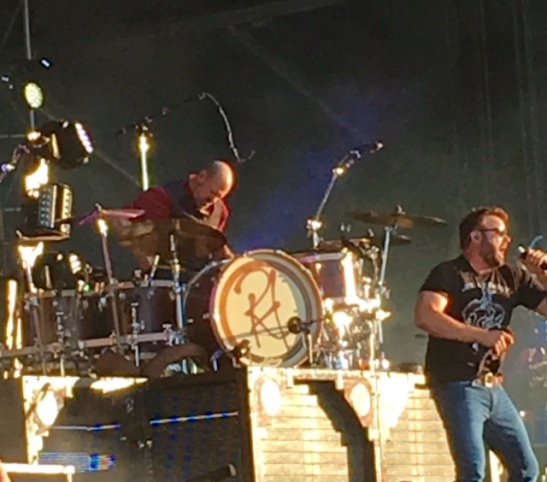 Chris Young closed out day 1 of Trackside and he had the crowd singing along to each and every song! Chris also not Canadian, said he was happy and honoured to be celebrating Canada Day with us! He played so many of his hits from Voices, Gettin’ You Home and I Can Take It From There just to name a few. Also playing many new songs from his latest album, I’m Coming Over rang throughout Trackside and it sounded so good!  I think though my absolute favourite had to be when he played Aw Naw the crowd went crazy with Chris on this one! It just left us wanting more and the best part was, we weren’t done! We were coming back for day 2!!! 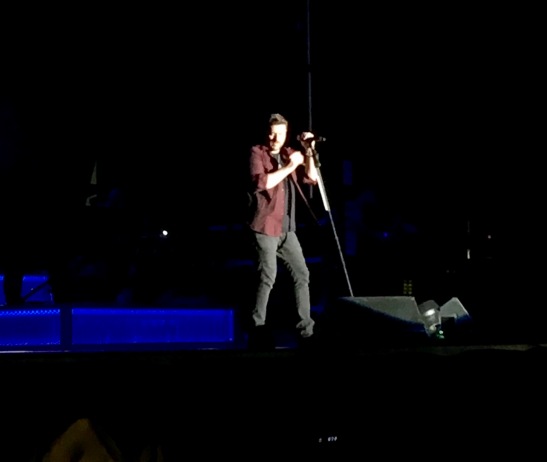 Between the main stage acts, we got to check out some local artists on the Homegrown stage. Each artist had a fantastic set and sounded great! Everyone really looked like they were enjoying themselves! Ashlynne Vince kicked off the side stage and she has a sweet country voice! Kelsi Mayne was second on the trackside stage and she looked very comfortable and sounded great on stage! She has actually done a duet with Eric Ethridge and the pair sound great together! Brad James was set to entertain us next and he really has a great powerful country voice, I will sure be watching out for him!  Julia Haggarty had the honour of taking the side stage twice on both days! She closed out the side stage on day one and kicked it off on day two. After seeing her perform I can definitely see why, this country girl has got it going on! 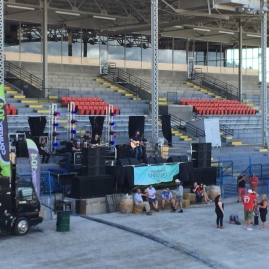 Day 1 at Trackside finished with a bang! Happy Canada Day everyone!!! 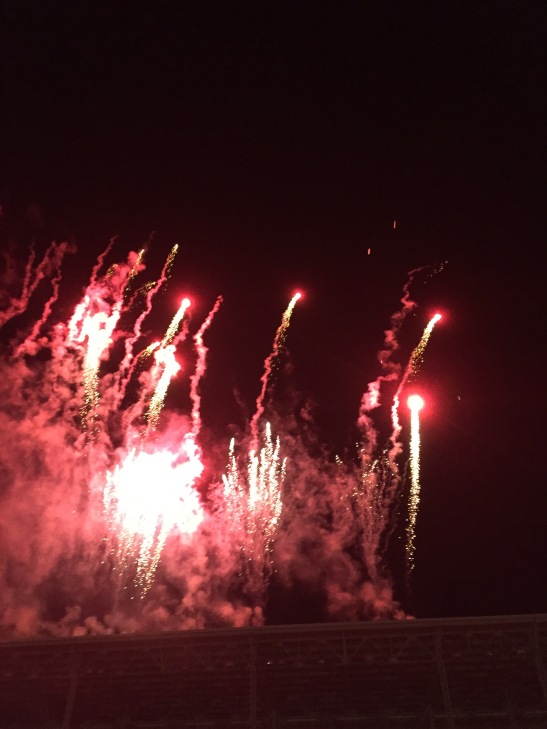 This entry was posted on July 5, 2016 by countrymills in Country, Festivals, Trackside Festival.