I had the pleasure of chatting with Nicole Rayy as she is set to release her debut album Dig this week. Check out what she had to say about this exciting time for her.

Jocelyn- Hi Nicole, this is a very exciting week for you as your title track from your album was just released to radio and you are set to release your debut album!

Nicole- Yes indeed this is such an exciting week and time for me! This is all very exciting and great to be out on radio and get air time!

Jocelyn- Welcome back home! How was your trip to Shanghai, China where you performed at the World Music Festival?

Nicole- It was amazing! Just incredible! It was my first time playing there last year, I was so excited to return and get to play the festival again. The fans are just amazing and crazy. They sing along with all the country covers and believe it or not there are lots of country fans there!

Jocelyn- How did you get involved in the festival?

Nicole- My parents moved to China two years ago and when I was over there visiting them  I heard about the festival. I was very interested in it so I sent them some of my music and they welcomed me right away into the festival. It was very exciting to be welcomed back again this year! There are musicians from all around the world, it’s a very diverse and amazing festival to be apart of!

Jocelyn- This is such an exciting week for you as your set to release your debut album and your album release party at Cowboys Roadhouse in Winnipeg. With all the proceeds from the evening going to MBNF. Why there and what makes this charity so special for you?

Nicole- I am very excited to be launching my album to iTunes on Friday and for the CD release party at Cowboys! I have been doing a lot of shows there and have gotten to know a lot of the local artists, as well my manager is from there so we thought it would be a fun spot for it. We will be donating all the proceeds from the night to Manitoba Neurofibromatosis Support Group. I was introduced to this charity by my manger who’s nephew has NF and I have seen the challenges he lives with daily. I wanted to make awareness and provide support for NF and I thought this would be a great way to give back. Music brings such great awareness and always brings people together. I’m really looking forward to it and hope it’s a successful night!

Jocelyn- Tell me a bit about your album, the process and what people can expect.

Nicole- In 2014 I went to Nashville and and did some co-writing with Patricia Conroy and Brian White. I recorded my album at Noble Street Studios and it was fantastic working with my producer Doug Romanow. He was so inspiring and completely saw my vision. You can expect to hear growth and change in my album from my first EP. This album has such real raw emotion. I like to write music from my experiences, it’s really a page out of my diary. It is such a process and it is so great to be finally releasing it after all the hard work.

Jocelyn- So would you say you mostly draw your inspirations for your music from your real life experiences?

Jocelyn- Who are your music influences?

Nicole- I have always been a big Shania Twain fan. There are so many talented and empowering women in the industry, like Taylor Swift, Carrie Underwood and Miranda Lambert. I like a lot of genres of music and influenced by bands like, Linkin Park, Blink 182, a lot of great music from the 90’s!

Jocelyn- Will you be going out on a radio tour or doing shows to promote your album?

Jocelyn- Are there any plans for you for any summer festivals next year?

Nicole- Its crazy we are already booking for next summer! So far we already have Manitoulin Festival confirmed with more to come! I am already looking forward to it!

I would like to thank Nicole for taking the time to chat with me. Congratulations on your album release and I wish you all the best!!! 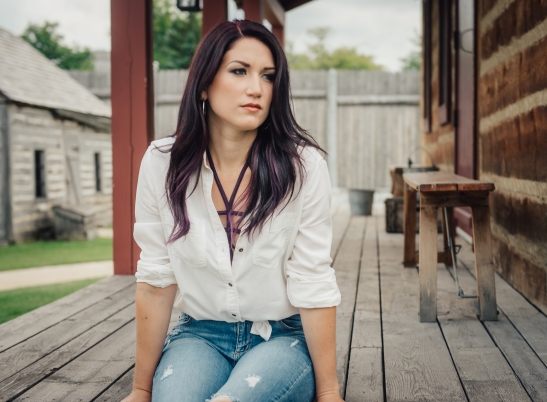 This entry was posted on October 14, 2016 by countrymills in Country, Interview and tagged Nicole Rayy.