It was the perfect trio, Dierks headlined his WTH Tour with Cole Swindell and Jon Pardi. These guys rolled into Oshawa Friday night and blew the roof off the venue!

Jon Pardi kicked off the night and there was no doubt he was gonna get things started off on the right foot. We caught them when they were in town with Kip Moore back in October and have been looking forward to this night since then. They put on one hell of a show and rock the stage from the first note right till the very last. They are definitely bad boys of country with such an awesome twang and two step sound. Thanking Canada for his success and his first hit he had Oshawa Head Over Boots for him. 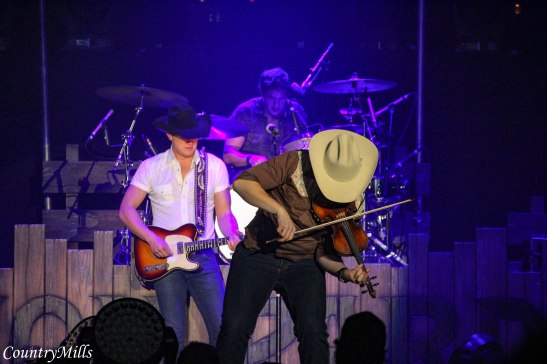 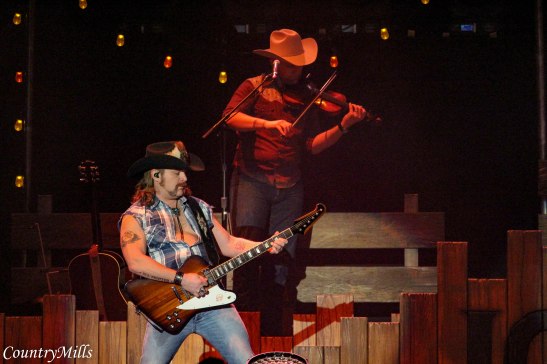 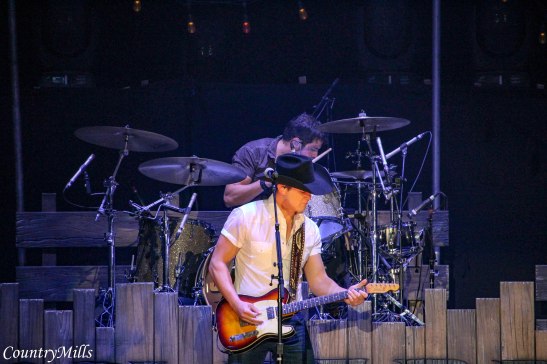 Cole Swindell took the stage raised high above on a platform as he moved back and forth across it, getting everyone on their feet for his high energy amazing set.  Cole played his hits like Chillin’ It but also wanted to play songs that he got to write before having his own tracks. He played hits he wrote for Luke Bryan, Thomas Rhett & FGL. Cole then played us new music, Remember Boys, this is a great tune and I’m sure another hit for Cole! Rolling into another past hit, Worth The Whiskey and then the emotional hit You Should Be Here for all those who have ever lost someone they loved. Cole was very Thankful for us Canadian fans “I never thought I’d have fans out side of Georgia, never mind up north here in Canada and I raise my glass to all of you!”

Since seeing Dierks last at Boots and Hearts I have been saying he was one of my favourites from the festival. Once this tour announcement was made, I knew I wasn’t missing this night! Dierks is such an entertainer and puts on an amazing show! As he got things kicked off he explained to the crowd “I take your energy and pass it over here. Then I take yours and pass it along. I feed from your energy, let’s all have a great night the party’s just getting started!” And what a party this night turned out to be!

Dierks said he found his Canadian Elle King, after finishing the duet with a young girl from the crowd who joined him on stage. She was incredible helping him out with Different For Girls. Dierks is quite the sentimental guy and he explained he holds on to things that mean the most to him in his life. Like his chevy or guitar, that’s his inspiration for his song Hold On. He than sang the song that means the most to him, Every Mile A Memory. There was a beautiful video that played on the screen during the song and ended with his pal Jake. He then thanked the crowd for these memories. Dierks then brought back Jon Pardi to the stage as the two joked around. Dierks explained on tour they are going to do a different George Strait song every night. The two did a great duet of Amarillo.He played his hot new track Black and kept rolling through hits like Feel That Fire and Riser. He then left the stage to play at the back of the house and thanked everyone for helping putting them up on the big stage back across the arena. I loved how much he talked about Boots and Hearts and Tim Hicks. He also showed a lot of love for the James Barker Band. He even played a few cords from Lawn Chair Lazy, although kinda forgetting the words and asked someone to hand him a damn Beer Beer Beer.

Returning to the stage he brought Cole Swindell back out for their hit Flatliner. The two performed so well together. We then went Somewhere On A Beach and then he took us back to the song that got it all started for him, What Was I Thinking. He then got a little Sideways before leaving the stage. For the final and highly anticipated song of the night, he returned to the stage in the cockpit of an airplane as he stumbled out as a drunk pilot and we all got a little Drunk on a plane. Even Jon and Cole returned to the stage for this one and it became one big party to complete an epic night at the Tribute Centre. 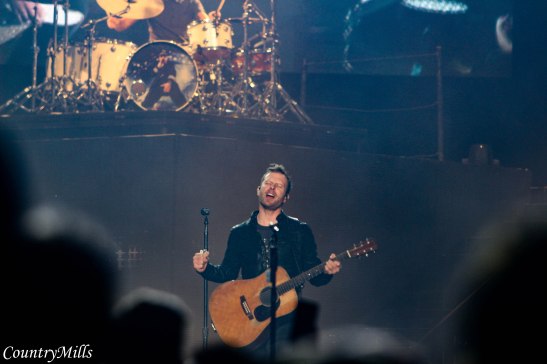 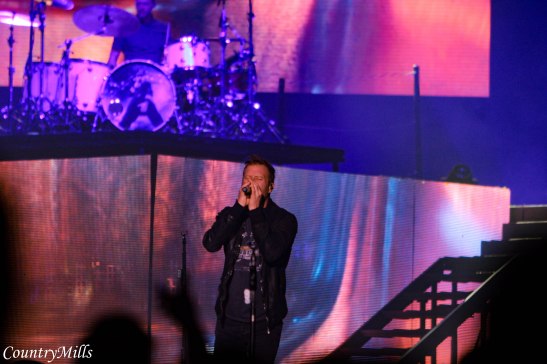