Brad Paisley, Chase Bryant and Lindsay Ell all put together, are a guitar triple threat.

There was an amazing amount of guitar skills displayed at the Peterborough Memorial Centre on Friday night when these three rolled into town. It was amazing to witness these incredibly talented guitarists, as individual artists and as a trio as they riffed together.

Lindsay Ell was the first to show us how she completely rocks a guitar. She is an incredible force in the industry and has proven she can rock with the best in the business! She kicked off the night with her hit By The Way. With her beautiful voice ringing through the venue she had everyone singing along, gearing everyone up for a great night. As she strutted up the catwalk to her hit Criminal, Lindsay  demonstrated her incredible guitar talent with an amazing guitar solo. As I already said, but it is definitely worth multiple mentions, she can slay a guitar like nobody’s business. She then thanked the crowd and country radio for her top 10 hit and finished up with All Alright. 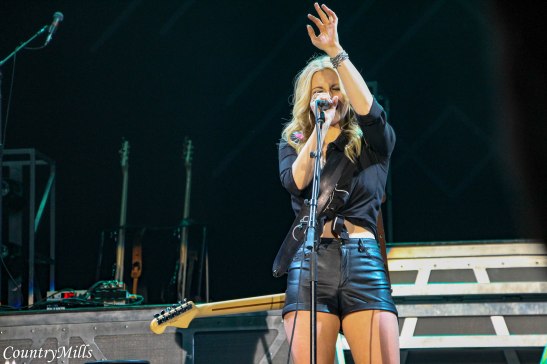 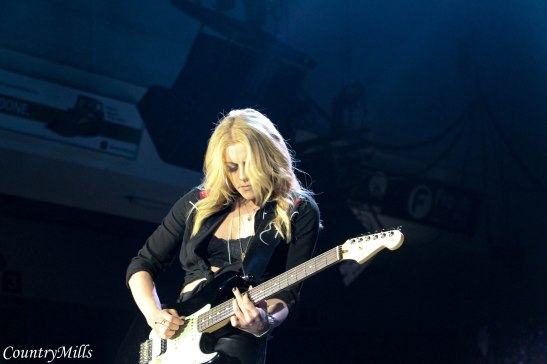 Chase Bryant was next up to rock the Memorial centre. He kicked off his set in a cloud of smoke to Wanna Be Yours Tonight. He said he was happy to be up north here playing in Canada and thankful for his Canadian fans. He was also very thankful to Brad Paisley for having him out on his tour and really thankful to the country fans who come out to support them. Chase even mentioned how awesome it is to be out on tour with two other amazing guitar players. Joking around he said, “We are three amazing guitar players out on tour together but Lindsay is by far the best looking on the tour. However I wear the tightest pants on tour and guys if your wondering why, look at the smile on your girlfriends face.”  He then played his hit A Little Bit of you. He had everyone grooving to an awesome rendition of Stevie Wonder’s Superstition. Chase then played us his new single Room To Breathe. Getting the crowd going he finished up in a Peterbrough Petes jersey with his hit Take it on back.  He then fished up his set ripping on the guitar while laying on his back! 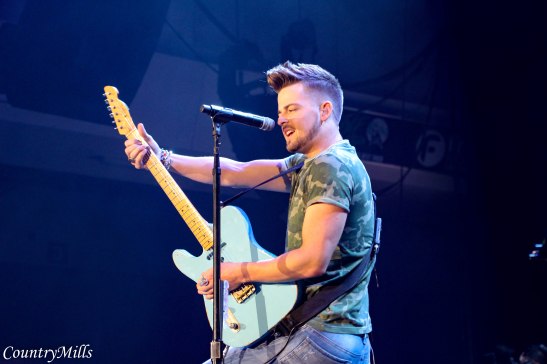 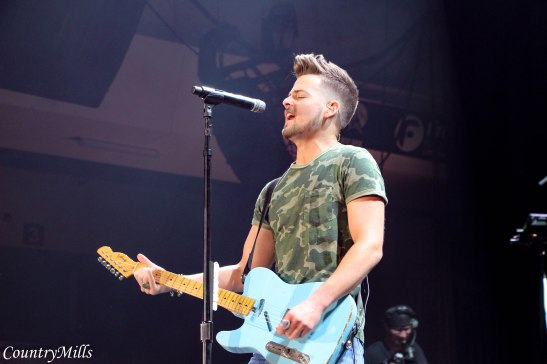 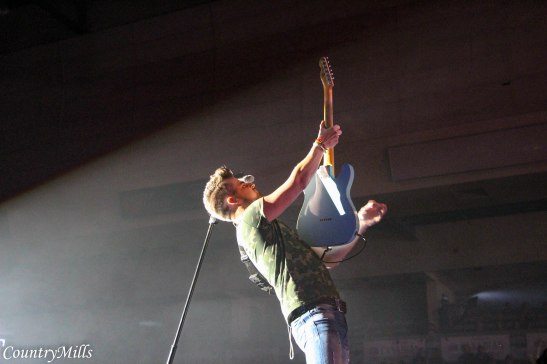 Brad Paisley began his set Crushin it! Then right into one of my favourites a Perfect Storm. I was really looking forward to the next part of the night when Brad invited his tour mates back to the stage to play with him. Lindsay Ell and Brad played an amazing guitar duo then beautifully serenaded us with Whiskey Lullaby. Chase Bryant then came out and they played together Ticks. These guys can really jam together! Brad then rolled through hit after hit playing Celebrity and Old Alabama with an awesome fiddle solo. Brad then slowed it down for a couple and I have to take a second here and say a personal thank you for playing our wedding song Then, you had me all choked up it was beautiful! I also really loved him on the acoustic for He didn’t have to be. He picked things back up with Dixieland. Then really got things going and it was such a fun part of the night as he had everyone singing along to I’m gonna Miss Her,  Riverbank and Mud on the tires. It was a beautiful moment as the  Memorial centre was all lit up for Today. He then left the stage to return for a final Encore of  Alcohol. Brad was joined again by Lindsay and Chase and it was a perfect way to end a perfect show, to see the three play together one last time! I was also so impressed when Lindsay  handed him a beer bottle and Brad played the guitar with it. The talent on guitar these three displayed on Friday night was just incredible! Life was definitely amplified! 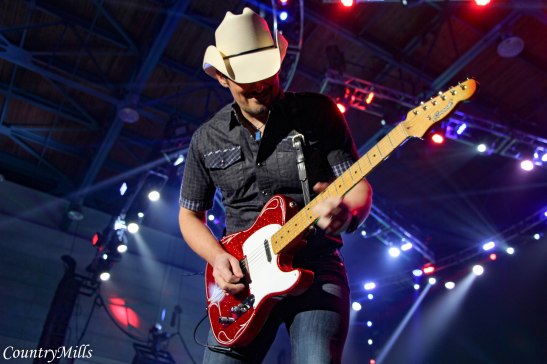 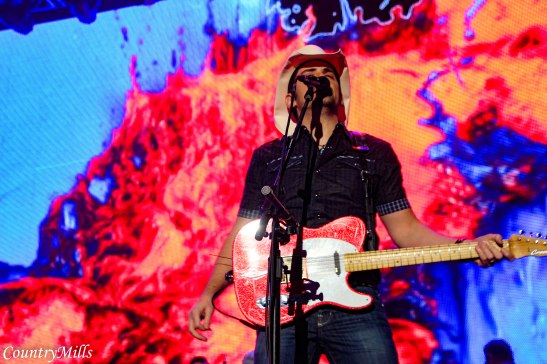 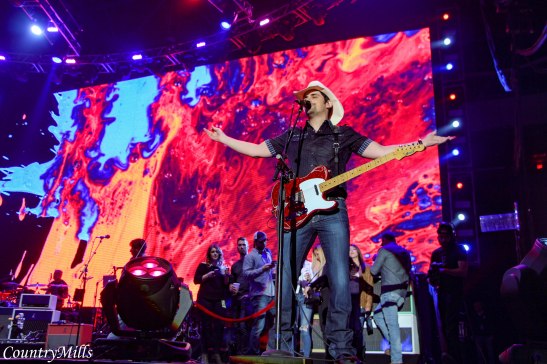 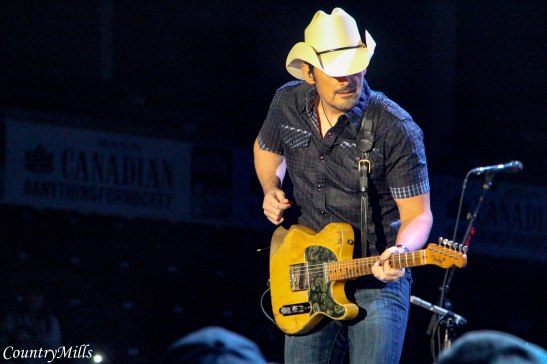 This entry was posted on February 7, 2017 by countrymills in Brad Paisley, Chase Bryant, Country, Lindsey Ell.